An Israeli lab has grown synthetic mouse embryos with brains and beating hearts in an egg-free, sperm-free procedure that uses stem cells from the skin.

Cell biologist prof. Jacob Hanna of the Weizmann Institute of Science told The Times of Israel.

Hanna, whose research team includes Jewish and Arab Israelis as well as a Palestinian doctoral student, said that previous efforts had yielded only blastocysts, which represent structures that appear during early mammalian development. Blastocysts are only a small fraction of the more than a million cells in embryos.

“It’s amazing,” he commented. “There were no sperm, no eggs, and no uterus, but we were able to get embryos formed from stem cells with a heartbeat—for eight days, one-third of a mouse’s gestation period.”

He said the research could one day be used to grow structures similar to human embryos to generate cells for futuristic medical solutions.

Scientists are constantly working on ways to use cells to grow organs for transplant. The obvious source of such cells – normal embryos – is fraught with ethical problems.

According to Hanna, synthetic embryo-like structures can be viewed very differently. They look like normal embryos, but are not suitable for implantation.

He envisions a day when sick patients can donate skin or blood cells to grow artificial embryo-like structures, which in turn provide the cells needed to grow organs. 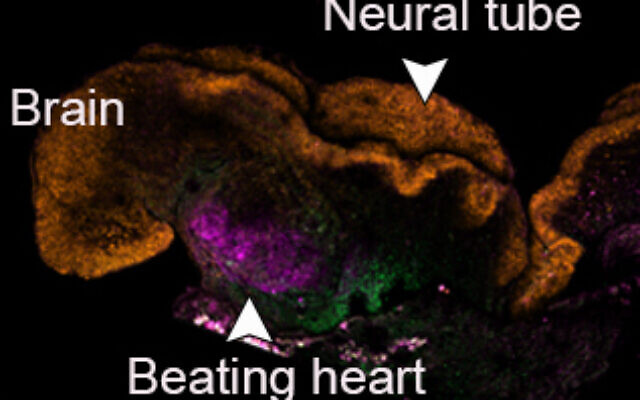 The key to Hanna’s success is a special incubator system where each embryo is inside a bottle of liquid and rotates to prevent the bottle from sticking to the side. The incubator creates all the necessary conditions for embryo development, including gas concentration, pressure and temperature. Developed in his lab, the fluid provides all the nutrients, hormones and sugar the embryos need. 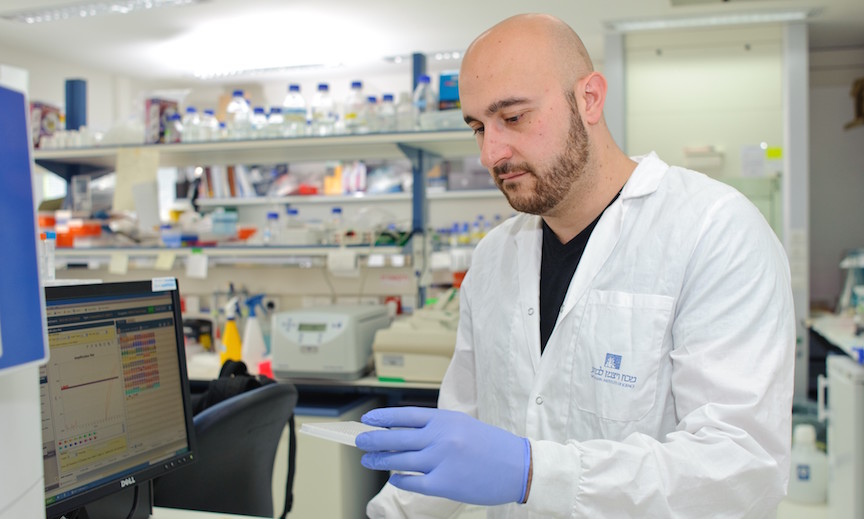 Dr. Jakob Hanna in the laboratory of the Weizmann Institute. (courtesy Jacob Hanna)

In March 2021, Hanna’s lab used an incubator to grow 250-cell embryos into fully formed mouse embryos using artificial wombs. “The difference between this study and what we have now is where the embryos come from,” Hanna explained. “In a previous study, they were natural embryos that came from mice and formed as eggs fertilized by sperm. Now embryos are created from stem cells.

He added: “We were already asking in previous research what would happen if we took stem cells and put them into this device. Now we know the answer—embryos with early organs, including an early brain, a beating heart, and blood stem cells. They even mimic the entire embryo and surrounding tissues include the placenta and yolk sac.”

“Nobody has made embryos that develop from stem cells, so this is important. This advances the understanding of mammalian stem cells and organs and may have practical implications in the future.

Israeli cuisine is taking the world by storm. here your chance to join…

The Times of Israel Community is pleased to present our new virtual cooking series, B’Teavonwhere world-renowned chefs will show you how to cook classic and modern Israeli dishes.

Learn More Learn More Already a member? Sign in to stop viewing this

That’s why we started the Times of Israel ten years ago – to provide discerning readers like you with must-read material about Israel and the Jewish world.

So now we have a request. Unlike other news agencies, we have not set a fee. But because the journalism we do is expensive, we invite readers who have become important to The Times of Israel to support our work. Times of Israel Community.