“Holy Turtle,” the player thinks of when the teenage Mutant Ninja Turtles started fighting in Shredder’s Revenge game. Dotemu’s new title frees him from the ‘beat’ em ups ’feeling of the 1980s, giving him a clear kick of nostalgia and using it to prevent anyone from leaving the characters until at least once he has reached his final master.

Shredder’s Revenge revives the famous Teenage Mutant Ninja Turtles franchise in an interesting way: betting retro, but not forgetting the innovations that increase the dynamism of the game.

Anyone who has experienced the teenage Mutant Ninja Turtles, albeit a small one, will get their first massage of childhood memories before they hit the button they want. At the start of the game, the original animation brings themed music from the cartoons to let the player know that he is going to see a new episode.

When entering one of the two modes offered in a game, story, or arcade, the player selects a character to use. Of course, the first four turtles are available to Leonardo, Donatello, Rafael and Michelangelo, Channel 6 reporter April O’Neill and the wise Master Splinter. Note that in the plot mode, you can switch between fighters at any time.

Teenage Mutant Ninja Turtles tries to innovate in terms of game play, has a reliable list of universal commands offered to the player immediately, and has 20 pages of content to absorb with examples showing why each hit is. 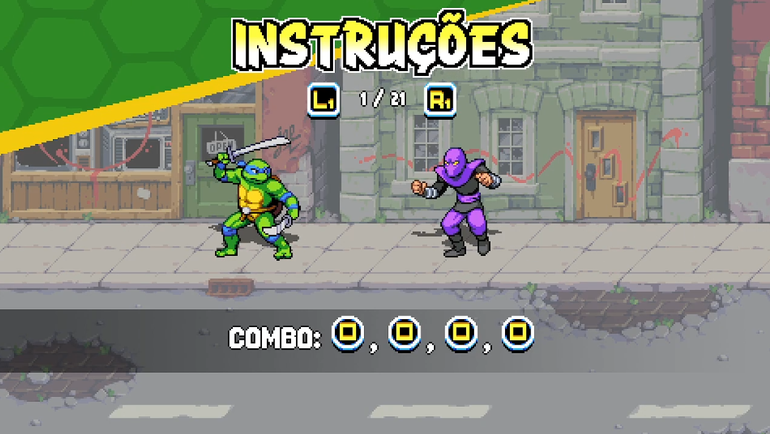 In addition, in the process of character selection, the player encounters three attributes: distance, speed and strength.

These are mainly used to strengthen the archetype represented by the turtles. Donatello has a staff, and Michelangelo fights with nunchaku, naturally, the range of the first should be larger than the second and that should be taken into account when choosing how I play. Is correct?

In fact, choosing my favorite turtle Donatello, I entered with the intention of abusing this range, knowing my flaws and speed. 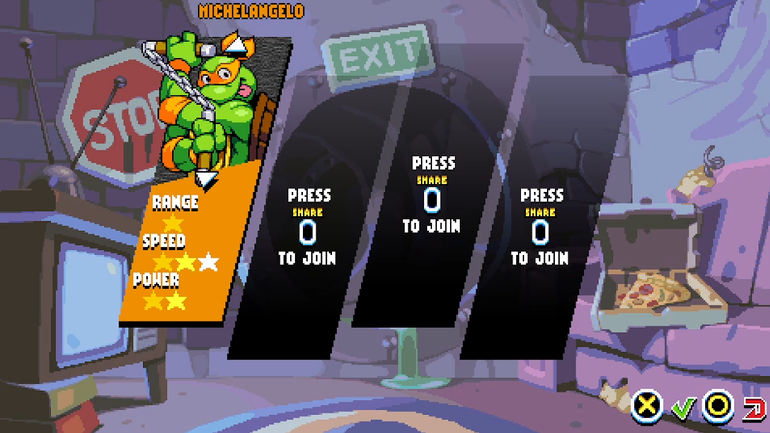 At first glance, the game seems to win anyone over with its retro theme, which over time reminds you of turtles, a liquid game, a variety of enemies, and several different commands to try, such as sweeping, flying, and special attacks.

However, the second time you play, you may feel something close to disappointment.

When I got back into the story, I decided to try another character. Choosing Leonardo, I was ready to meet the phases in a slightly different way. What happened …

Sure, the fun continues, but nothing has changed when it should have been. By choosing Leonardo, Rafael, Michelangelo, April or Splint, the game remains the same, except for a few lines and phrases, the character of the characters is not visible. Even the effect of similarities and differences in features is minimal and almost imperceptible. 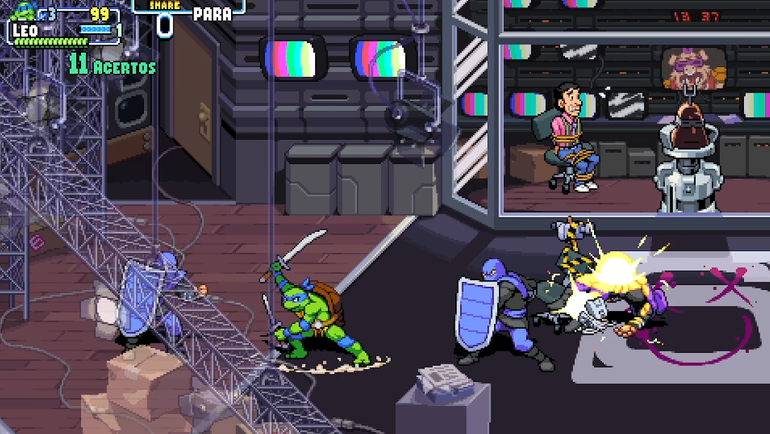 Of course, the theme and atmosphere of the 1980s makes you think this isn’t necessarily a problem, and it really isn’t.

But if this was done in Streets of Rage 4 – another blow under Dotemu’s umbrella – with characters like Cherry and Floyd (who have a very unique gameplay), it’s not the same as in Shredder’s Revenge. Who wouldn’t want Mike to ride a free skateboard or Donatello to bring a present for a fight?

Be careful, my friend! – The level of invitation is important

In trouble, Shredder’s Revenge brings the game to everyone: for those who just want to push the buttons in the turtle game, for those who are looking for almost no difficulty.

Choosing the most difficult mode in story mode creates a lot of difficulties. The variety of enemies forces the player to fight each other correctly, and at each stage it is difficult for the master to fight.

For those who want to feel the pressure of playing in the arcade mode in the 1990s, for example, life is limited and there is no way to save the game. 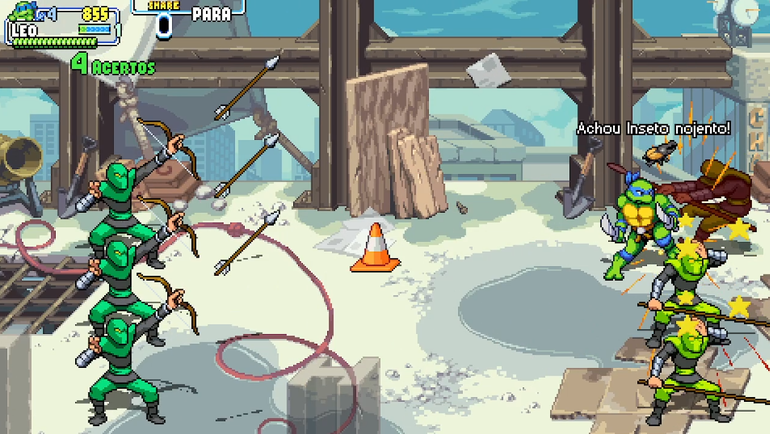 In this case, the whims of the developers with Ninja Turtles Shredder’s Revenge are astonishing. Each type of enemy must be different, and even the simplest opponents can end the group’s life if they do not confront them.

In addition, secrets and things are placed in known and strategic places at all stages, and the player feels that everything is needed: after a more difficult stretch or before the boss, pizzas to restore life, when they are “strong”. meet endless armies of opponents and more.

Also, almost every villain in the franchise is used in the movie Shredder’s Revenge. The story of the game is not memorable, but seeing the love of ninja Turtles for important characters in the universe warms the heart of every fan. 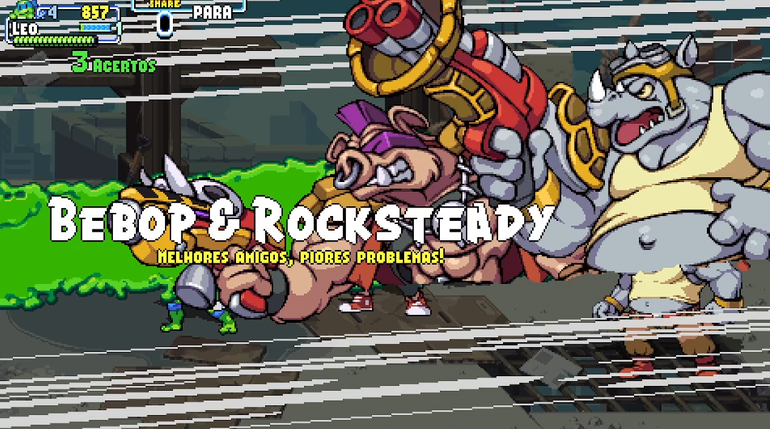 Turtle Power! – The difference between playing with friends

The experience with friends is the main distinguishing feature of the game Shredder’s Revenge. After all, not every game, in 2022, will allow you to withstand the challenges that six people are playing at the same time.

It’s easy to understand who and what situations this Shredder’s Revenge is suitable for when you’re playing with at least one friend.

Of course, while the new Teenage Mutant Ninja Turtles game is fun to be in real time with someone, it has unique multiplayer mechanics like interaction between the characters to restore health points.

The game here really shines. Seeing a few characters on screen fighting ninjas and villains like Baba and Roxdi, the duo of Krang and Schroeder, is definitely a worthwhile experience.

Ninja Turtles Shredder’s Revenge is a wonderful rescue of the 1980s, a great game to play with friends, without the current game, but it leaves only what you want in a richer place: diversity and personality. of its protagonists, eliminates the need to graduate more than once or twice.

The game will be released on June 16 for PS4, Xbox One, PC and Nintendo Switch. 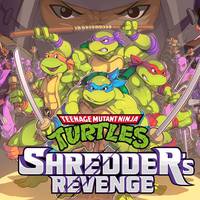